When verifying a verifiable credential, it is possible to confirm that the credential was not modified or tampered with from the original one issued by the issuer by checking the digital signature. However, there is still an additional step to verify who that issuer actually is.

One way or another, verifying an issuer of a digital credential requires going to a trusted registry. It could be centralized registry (i.e., the website of who the issuer is claiming to be), but this is very inefficient and non practical, and it can also be faked.

Based on Smart Contracts

The way it works is simple and can be described in the following steps: 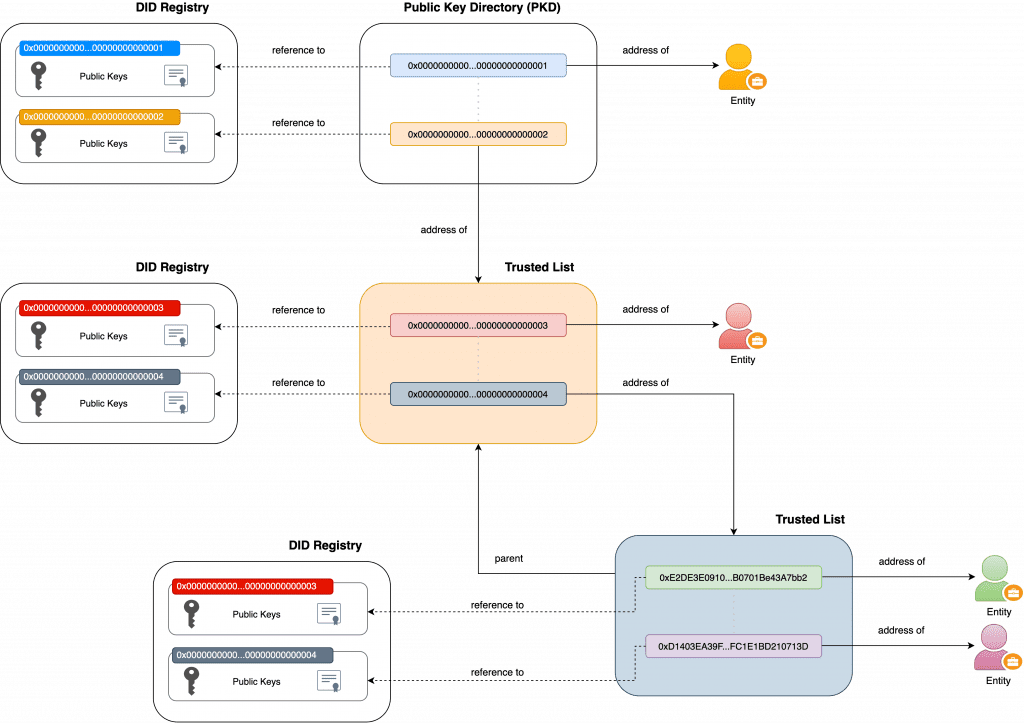 Managing these directories using smart contracts allows  to manage permissioning over the writing, fully transparent access for verification, track corruption, and enable every entity to have governance over its own information while being in a trust registry that is governed by every participant at the same time.

Based on Verifiable Credentials

A very similar use case can be implemented in the field of digital diplomas, where a regional academic entity in LAC such as Red Clara, co-founder of LACNet, is implementing a regional Public Key Directory where national Public Lists operated by Red Clara’s national networks will be linked. And, subsecuently, universities can also operate Trusted Lists where they list Faculties, and o force so on. When a digital diploma is used at any academic institution, the entire root of trust is resolved and verified on-chain. Trusted. Below an schema illustrating it.